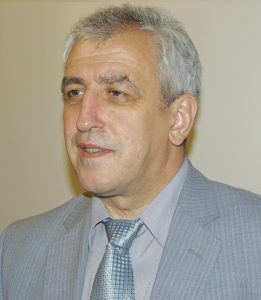 Prof. Ananiev graduated from the Technical University in Sofia, majoring in “Railway Transport Operation”. He holds are a number of specializations and postgraduate qualifications, incl. Master’s degree in economics from the transport management from the VTU “Todor Kableshkov” university and a doctorate at the University of National and World Economy.

He started working as a technologist in the Sofia Railway Region and went through various professional and managerial levels in the industry. He has been teaching at VTU “Todor Kableshkov” and until 2011 was the Executive Director of the Executive Agency “Railway Administration” at the Ministry of Transport. Since January 2012 he holds the title of associate professor and since 2018 he became a professor.

Orlin Kolev
Member of the Management Board

Iliya Iliev
Member of the Management Board

Georgi Tsonev
Member of the Management Board